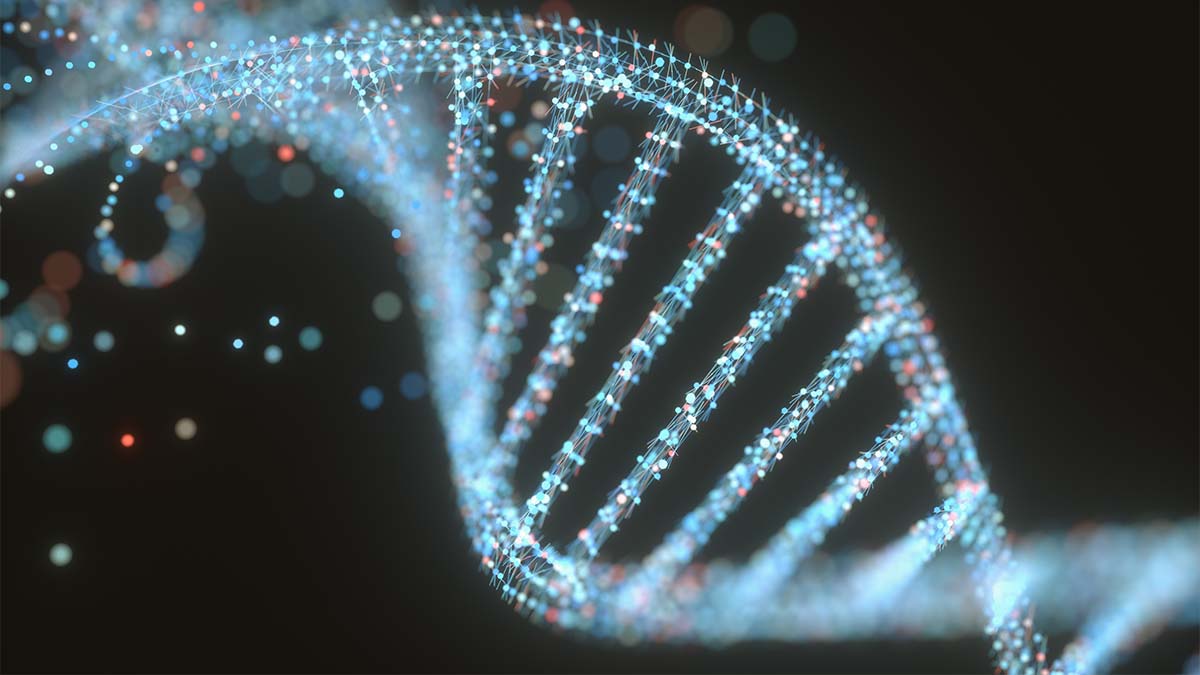 In 1990, the United States Government announced the launch of an exciting new research initiative, The Human Genome Project.  This project involved scientists from all over the world and focused on mapping the sequence of genes that make up the DNA we inherit from our parents.

It was hoped that learning more about our genes might help explain why some people are more prone to certain diseases, and this in turn could lead to potential improvements in our health and the way we prevent and treat disease.

It was estimated that humans could have as many as 100,000 different genes, which would account for the vast differences in human health and behavior.

By 2003, the project was complete and two surprising facts emerged.

There is only a teeny tiny difference between your genes, my genes and the genes of someone born in the Amazonian jungle. This DNA similarity suggests that the genes we inherit have only a small part to play in explaining the vast diversity of health outcomes globally.

Put simply, The Human Genome project didn’t offer the health-changing insights the scientific and medical community had hoped it would.   However, a side benefit of the project was that as technology developed, the cost of gene mapping dropped considerably.

Originally, it cost thousands of dollars just to map one gene. However, thanks to technological advances, the cost to map a gene has dropped to a mere ten cents!

Around the same time, gut-health was becoming the focus of a lot of new medical and scientific research, as evidence came to light that showed what a significant role the gut played in health and wellbeing.

Gut microbes are incredibly tricky to study.  Many of them live in dark, little out-of-the-way spaces in the upper reaches of the intestine, which make them nigh impossible to access.

The good news is, that while we can’t easily get to them, they eventually come to us. Microbes are constantly dying and being replaced. The microbes that die are shed from the gut and eliminated through bowel motions.

Did you know that your poop is made up of approximately 25% gut microbes?  Now, there’s a fun fact to share at your next dinner party!

As the knowledge gained from the Human Genome Project intersected with the growing body of research on gut health, it was discovered that scientists could inexpensively identify the various microbes in the gut by sequencing their unique genes found in human faeces.

And thus, the Human Microbiome Project was born, another international collaboration of scientists with the collective goal of improving our health and wellbeing.

So far, some surprising facts have emerged from this work. Scientists have discovered that collectively, gut microbes have a total of 3.3 million different genes.  This is a 150 times the mere 25,000 genes that make up a human person. Our gut micro-biome is much more complex than our entire body is!

Secondly, it was discovered that your microbiome is totally unique, just like your fingerprint.  Even identical twins have a different microbial makeup. Essentially it was found that humans vary much more in the number of genes they carry in their gut, than they do from the genes inherited from their parents.

Now at this point you may be thinking “but those are bacterial and fungal genes – how does that that benefit me?” Well, that brings me to the next piece of the puzzle.

Humans and Microbes Work Together

It wasn’t that long ago that humans were thought to be totally self-sufficient organisms, capable of producing all of the chemical substances needed for life as long as they consumed enough food and water. We now know this isn’t true. We actually rely on the microbes in our gut for our survival.

We’ve discovered that our microbes do a huge amount of life-supporting work on our behalf.  They help to regulate our immune systems, break down less digestible food, produce essential vitamins and neurotransmitters and protect us from pathogens.  One third of all the small molecules in our blood are actually made by the microbes in our gut. These beneficial bacteria and fungi are so important for our survival that scientists are starting to think that humans are in fact ‘social organisms’, reliant on having a variety of microbes working within their gut for optimal health.

Because our microbes have more genes than us, they can perform many healthy functions that we simply cannot do on our own.

Think of a gene as a software programme or app.  If I have one app on my phone and you have 150 on yours, which phone do you think will be able to perform more functions?  The good microbes in our gut basically have more ‘apps’ than us and therefore they can do so much more than we can alone. They use these apps to promote our health and survival and, in the process, ensure their survival too.

We can see this inter-dependence in action when we consider a helpful little bacterium, called Bacteroides thetaiotaomicron. This microbe is a champion carbohydrate muncher! Humans lack most of the genes required to make the enzymes needed to break down really complex carbohydrates. Luckily for us, this bug has genes that code for more than 260 enzymes capable of digesting plant matter. This microbe allows us to extract the nutrients from certain fruit and vegetables that we would normally struggle to digest.

This is just one tiny example of what microbes are capable of doing one our behalf. It illuminates why it is now thought that our individual fates, health outcomes and perhaps even our behaviour, may have much more to do with variation in genes found in our microbiome, than those within our bodies.

Help Your Microbiome to Help You

This is very empowering knowledge. Our microbiome is so much easier to influence than our genes.  Your genes are something that you inherit, your microbiome is something you can control.  The research is showing that your health is dependent on the health and diversity of your microbiome. The more good microbes we have, the happier and healthier we are.  But if our gut is populated by bad microbes this can have a very detrimental effect on both our physical and mental health. So the upshot is, to maximise the health benefits from our microbiome we need to ensure that it stays balanced and healthy.

You can populate and feed your good microbes by eating a diet rich in fibre from wholefoods, fruit and vegetables, consuming fermented foods like kombucha and yoghurt, taking probiotics and drinking enough water. Avoiding alcohol, sugar, refined carbohydrates, packaged and processed goods will help weed out the bad bacteria. It has been shown that within only five days of changing your diet, your microbiome will also change!

Never before has there been such compelling evidence that to a large extent our health really does lie in our own hands. Changing your diet is one of the fastest and easiest way to improve our gut health, and improve your overall health and wellbeing.

Breathing, yoga and meditation part one

How to Treat Constipation, Naturally