This recipe is originally from a fabulous vegetarian cookbook called The Green Kitchen. We tried it out in the Bestow Kitchen and loved it so much we wanted to share…

Mix together the mashed banana, lightly beaten eggs, coconut, cinnamon and most of the blueberries (reserve some for serving) in a bowl. The mixture is a bit runnier than a normal pancake mix.

Heat the coconut oil in a non-stick fry pan till bubbling then turn down to medium. Add a large tablespoonful of the batter to the pan for each hotcake – smaller than pancake size but larger than pikelets. Cook for two – three minutes until they look reasonably set. Flip carefully (they’re a little tricky but if they are set enough it’s not too difficult). Cook the reverse side for a minute or two, they should be a nice golden brown.

Stack the hotcakes and serve with a dollop of yoghurt, a few extra blueberries, some runny honey or maple syrup and a sprinkle of cinnamon. Invite me for breakfast. 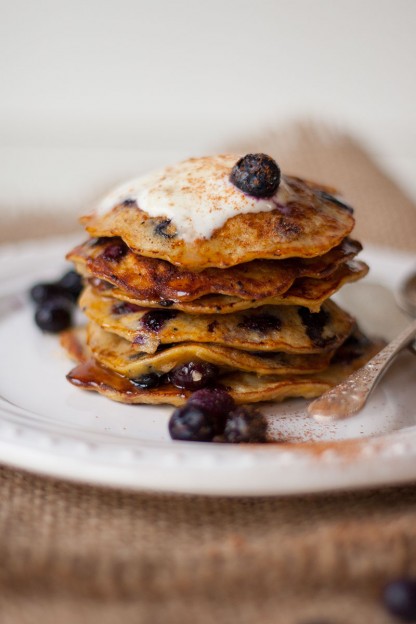 Breathing, yoga and meditation part one

Bestow salad in a jar